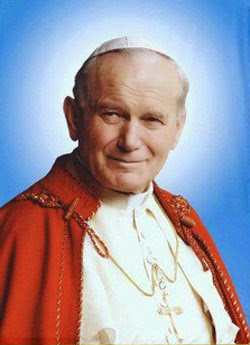 A first class relic of Pope St. John Paul II, a vial of his blood, will be touring several parishes in the Archdiocese of Portland, Oregon from November 8 to November 18, 2016.

Pope John Paul II was born Karol Wotjayla in 1920 in in Krakow, Poland.  After World War II he entered a reopened seminary and became a priest in 1946.  He became Pope in 1978 and severed the second longest Papal term since St. Peter.  He was beatified on the feast of Divine Mercy, which he implemented when he canonized St. Faustina, and was canonized himself on April 27, 2014.

For other relics on tour and available for veneration visit our Relics & Events page.